What is backcountry skiing ? - know-how - Articles about ski alpinism and ski tours - Skitour.Guru

What is backcountry skiing ?

Ski mountaineering is hiking on skis. It takes place in the mountains, similarly to summer hiking but instead of outdoor boots you put on ski boots with special bindings and skis with climbing skins. The goal usually is to climb a selected peak and then go down on skis, if possible in powder snow or other type of snow suitable for skiing. 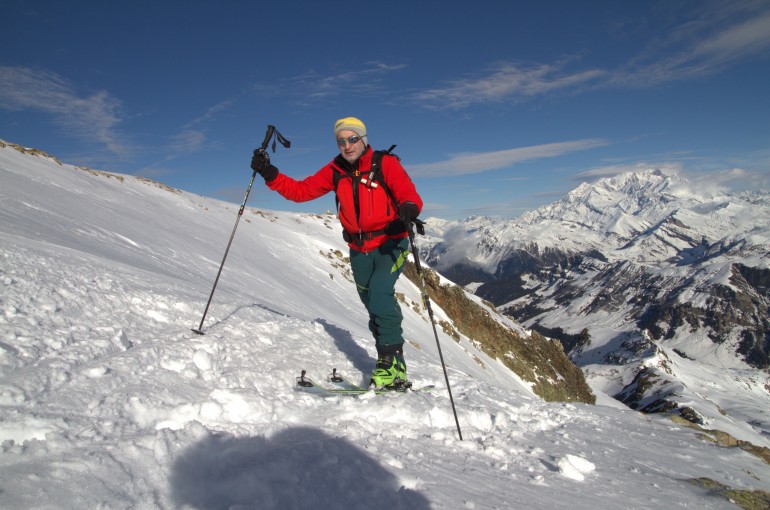 For ski mountaineering, it is necessary to have a special equipment. You need a ski-mountaineering bindings to be mounted on your skis. The bindings have a free heel with adjustable rests to use while ascending, and when you descend, you just switch it into the mode of safety bindings (same as binding for classic downhill skiing). For ascending, you put climbing skins on the base of your skis. In the past, seals skins were used but today the skins are synthetic. The skins are peeled off before descending. Boots for ski touring are very light and they allow you to bend your ankle comfortably so they can be used for walking as well as skiing.

On icy or frozen snow, crampons are put on skis, they are called ski crampons. When it is not possible to ascend a steep slope wearing the skis, the ski mountaineer can fix his poles and skis on his backpack and he continues ascending using an ice axe and boot crampons. It is convenient to use telescopic poles, because you can use longer poles for ascending and shorter ones for descending.

When backcountry skiing, always use a backpack

In a backpack, which is often an avalanche backpack (with airbags), a ski mountaineer has a thermos or camelback, snack, spare clothing and most importantly an emergency equipment for avalanche- a shovel and probe,. A ski mountaineer wears an avalanche transceiver, called beeper, on his body.

When the planned trip crosses a glacier, there is a risk of falling into a glacier crack. For this reason, a ski mountaineer also needs an ice axe, crampons, rope, sit harness, carabiners, auxiliary cords, ice screws, rope clamp, pulleys etc.

For active ski touring, it is necessary to have knowledge and skills – you have to be able to ski on an average level, at least, be fit, be able to walk in the mountains, be able to assess the real avalanche risk, plan the trip, perfectly orientate in the mountains as well as in a map, acquire ski mountaineering equipment that corresponds his capabilities and priorities and be able to use it with ease.  A mountain guide can do some of these tasks instead of you. 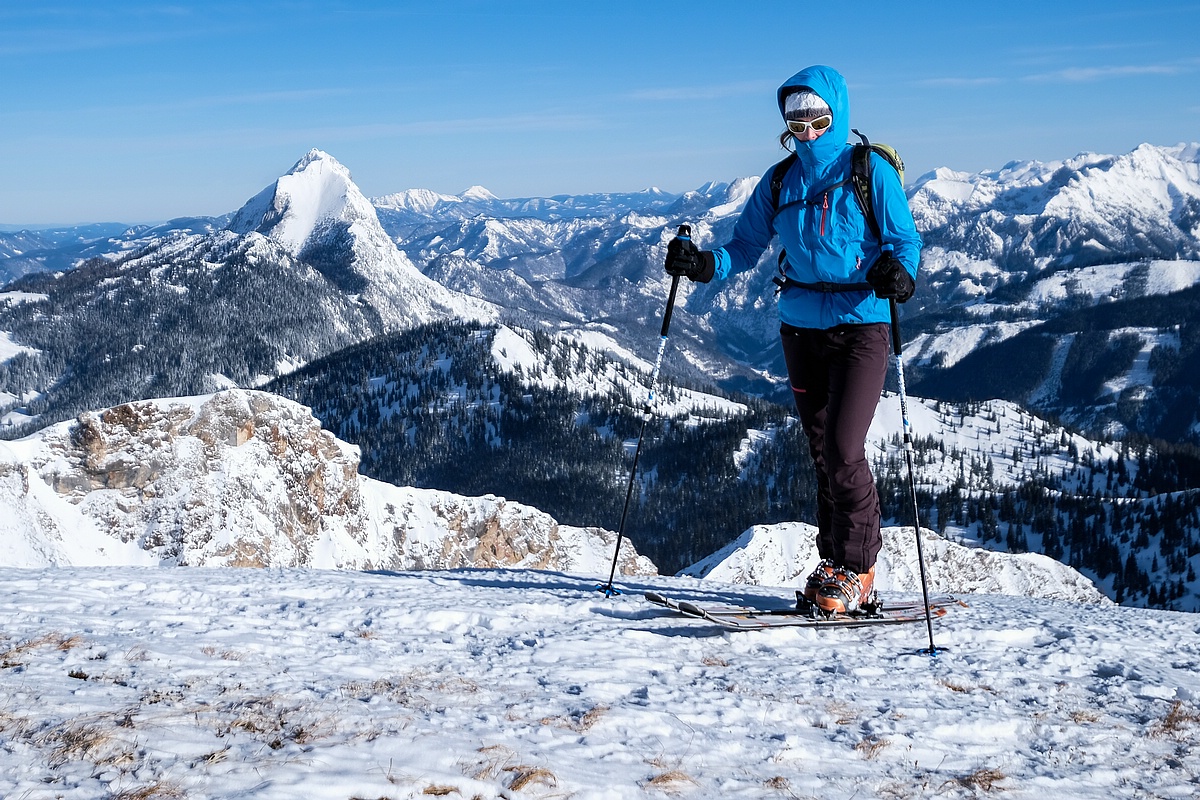 Beginnings of the skialpinism date back to the beginnings of skiing in Scandinavia. It is not a coincidence that old wooden skis have a „knob“ on the tip which was used to attach seal skins. The first skis were not used for fun, mostly, they were used for transport in a snow-covered area.

Until the first half of the 20th century, skiing was slowly changing into a sport and the greatest boom occurred in the sixties and the seventies. The majority of people practised only downhill skiing at ski slopes. Just a few enthusiasts used skis to ascend. First races were organised and a lot of ski mountaineers were recruited from climbers.

Over the years, equipment has been improved and hikes on skins have been gaining on popularity. In Europe, especially in the Alps, Scandinavia, and in North America, in recent years, ski touring has been pushing out telemark which has been dominant until recently on free slopes.

Today, equipment is on the top level, hi-tech technologies and materials are used and a sophisticated methodology of ski mountaineering and avalanche prevention exists.

Skiers try to go through the set track as quickly as possible, and they only need a few seconds to attach and detach climbing skins. The equipment must be super-light but also fully functional. They compete as individuals, pairs and trios on different types of tracks.

The most widespread form of ski mountaineering. It is actually hiking on skis, but you change your hiking boots to ski boots and skis with climbing skins. Usually it comprised of a slow and long ascending and your reward is a great downhill skiing afterwards. It is practised in the form of one-day hikes from a mountain cottage or multi-day hikes walking from one cottage to another - called haute route.

In most cases, it is not dangerous, it involves no extreme skiing nor climbing. For a fit and technically competent skier, this is the ideal sport. Especially for those who are already bored on ski slopes or have already reached the top of their skills.

Having lightweight high-quality equipment saves your energy while making any trip more enjoyable. It is not a bad idea to get the best equipment. Choosing this is not easy, a filter for each of the fifteen categories can help you with this.

This type of skiing is about climbing mountain peaks or other challenges. In away, the racing concept is also present here. You just go quickly up and down in the mountainous terrain. The royal discipline of this type of skiing are expeditions to peaks that are above 8,000 m.a.s.l.. It is right to spend the shortest time possible in the dangerous zone reducing the risk. Being quick equals to being safe. At the same time, it is important for the skier to be able to rely on the most lightweight equipment on various terrain types.

Freeride enthusiasts are mainly interested is the quality of downhill skiing. Skiing through new powder snow is for them much more than just reaching the top. Very wide skis (more than 100 mm under the bindings) provide a sufficient upthrust and therefore it is comfortable to ski in wide arcs. If it is not far to the selected downhill tracks, freeriders walk from a top ski-lift station, to the tracks using skins. Mostly, the tracks are traverses and small elevation slopes. Using a helicopter also is not an exception. Planning the downhill skiing is of great importance, mainly due to the assessment of avalanche danger. Even for freeriders light equipment is convenient as it makes it easier to ski in difficult snow conditions.

It can be compared to the sea surfing. You swap water for snow and the horizontal sea for a vertical slope. A "free tourer" is a downhill oriented ski mountaineer who enjoys a great ride in powder snow as a reward for an exhausting ascent. It is not about reaching the top, but the beginning of the downhill track. The equipment is more downhill oriented (wider skis with excellent skiing characteristics) but it should also feature a "reasonable" weight.

A skier must get to the beginning of the downhill track using just his own strenght, usually using climbing technique. Usually, the boundary of extreme skiing is considered to be a slope of 45°, which means 100% descending. Simply said: extreme downhill skiing is when the skier mustn’t fall because the slope is so steep that a potential fall cannot be stopped.

In the last few years, it has become a popular discipline. It takes place in easy terrain such as forest roads or slopes. Most often in the evening, after work and enjoying the moonlight, with ahead lamp turned on, without having to use any emergency equipment. This is mainly about getting fit. The advantage of skis for ski touring is virtually unlimited movement in intended snowy terrain. This cannot be said about popular cross-country skis. So just run twice up the hill, have a refreshment at the top mountain chalet... well isn’t that a beautiful evening? It is definitely better than an airless gym.

How to say ski mountaineering in other languages?

Mountain hiking on skis, shortly ski touring has many names. In Czech, we say “skialpinismus” or shortly and popularly “skialp”. Let’s introduce how the complex mountain activity is called in other languages:

Everything essential about backcountry skiing equipment

Complete infoservice on ski tours, mostly in the Alps

We have prepared a great guide of skitours

On skitour you will need the following equipment 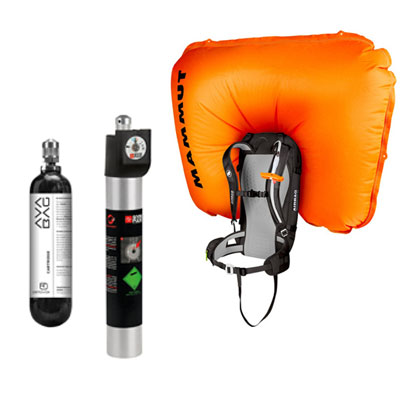 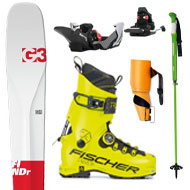 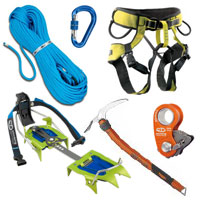 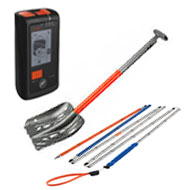 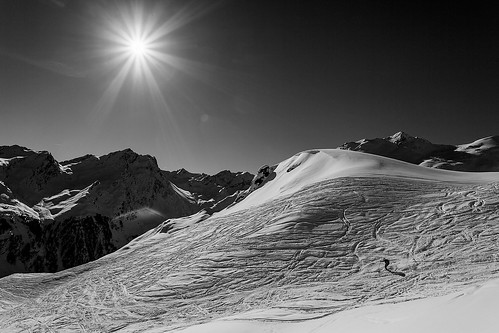 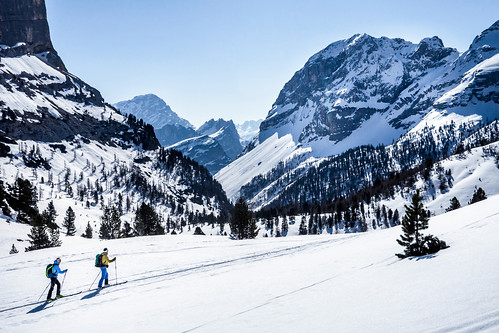